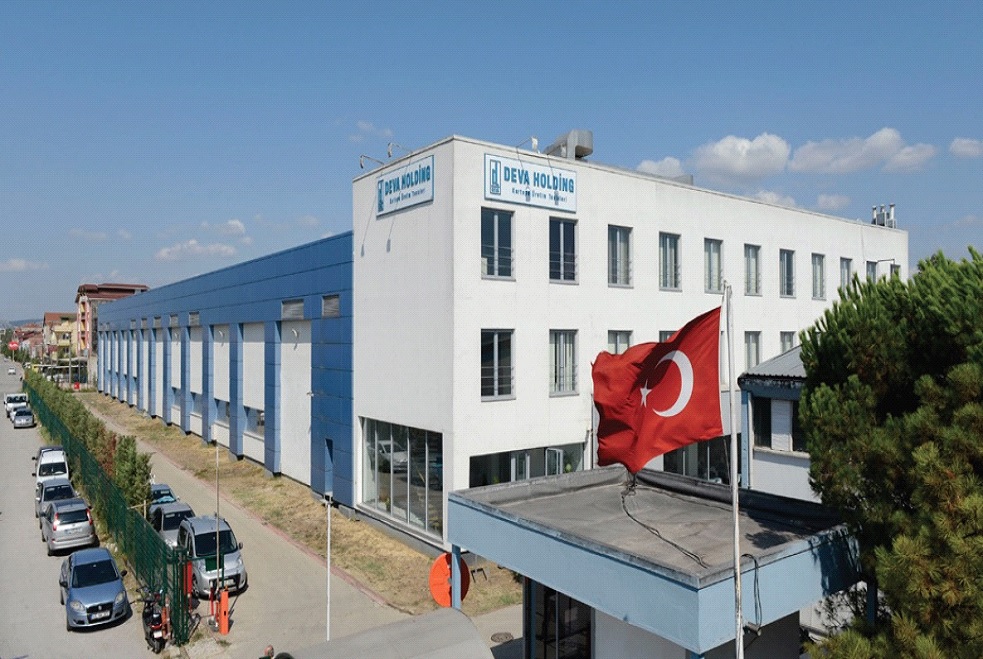 In our facilities, in which 42.3 million units of sterile liquid drugs were manufactured in 2019, a total of 46.9 million units were produced in 2020. Compared to 2019, an increase in production of approximately 11% was achieved.

Manufacture of Sterile Ampoules for Injection 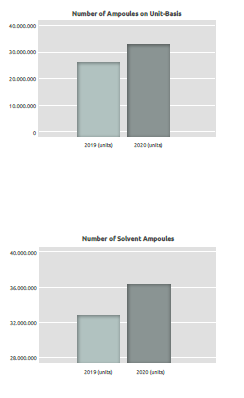 Furthermore, in our facility, which was approved by the Ministry of Health, Ministry of Food, Agriculture and Livestock, and German Ministry of Health (for BFS-SVP production line), US FDA (by the United States Food and Drug Administration only for a sterile liquid vial and sterile liquid lyophilized vial production line) and Kenyan, Southern African, New Zealander (Medsafe), Portuguese (Infarmed) and Russian Health Authorities, inspections were carried out by the Ministry of Agriculture and Forestry, Infarmed (Portugal), Medsafe (New Zealand) and the Russian Health authorities and the notified body due to CE product certification by KIWA in 2019, and our facility successfully passed these inspections.

In addition, inspections were carried out mostly remotely particularly due to the pandemic in 2020 in our production lines and facilities approved by the Ministry of Health, the Ministry of Agriculture and Forestry, the German Ministry of Health (for our BFS-SVP production lines), the US FDA (by the Food and Drug Administration of the United States; some products produced only in sterile liquid vial and sterile liquid lyophilized vial production line) and by the health authorities of Kenya, South Africa, New Zealand (Medsafe), Portugal (Infarmed), Russia, United Arab Emirates, Philippines, Qatar, Iraq, Ivory Coast, Cambodia and Yemen, and the inspections by the Ministry of Health and the US FDA health authorities and the notified body KIWA and TUV Thuringen were successfully concluded

Our facilities, which hold ISO 9001:2008 certificate, is audited by Thuringen on a periodical basis.

Boğaziçi Kolonyaları, one of Turkey’s best-selling brand, is produced in line with the Turkish Ministry of Health, Cosmetic GMP practices.

Our department, which holds the ISO 9001: 2015 certificate, is also periodically audited by TUV Thuringen.

While only 80° Lemon and Lavender cologne were produced in our department until 2020, where products appealing to various segments were produced, the newly developed perfumed cologne series started to be offered to the market in early 2020 with new bottle and spray forms in addition to the existing classic cologne types. Especially after March 2020, there has been an increase in production demands due to the pandemic. Also due to the pandemic, the spray lemon cologne product in a new 100 ml plastic bottle was launched in order to meet consumer demand. Our production numbers for colognes was 2.1 million in 2019 and 9.3 million in 2020. In Kartepe manufacturing facility, rate of capacity utilization was 88%. . 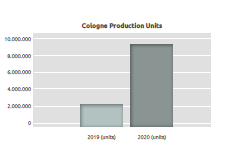